Good citizens of Marlborough – be prepared to help defend your town on 27th and 28th July 2019 against the RAMPAGING Royalist troops.

The spokesman for the town Mayor, in 1642, defied the summons of the King’s troops on the Common by saying:

“I am commanded by the Borough Mayor, Burgesses and Common Council of the Borough of Marlborough to say that the Town nor its citizens will open up their doors to victual his soldiers and sustain them in their devilish works. The King’s Majesty, provided he were attended in ROYAL and not WARLIKE fashion, should be as welcome to the Town as ever Prince was to his people; but as to delivering the good Town of Marlborough to such a traitor as Lord Digby, or admitting any of his traitorous rabble within our lines, we declare we would sooner die, notwithstanding his threatenings to batter the place with his artillery, which he pretends to have at hand.”

Does Lord Digby have artillery to batter the town?

What do the townspeople gathered in Priory Gardens think may happen to them?

You need to be in Marlborough on 27th and 28th July to see the outcome. Your defending Parliamentary soldiers will be drilling on the Common during the mornings. The Royalists may be bringing their guns to bombard the town. The clash of arms will take place between 3.00pm and 4.00pm each afternoon. The townspeople will be in Priory Gardens from 11.00am to 5.00pm each day. 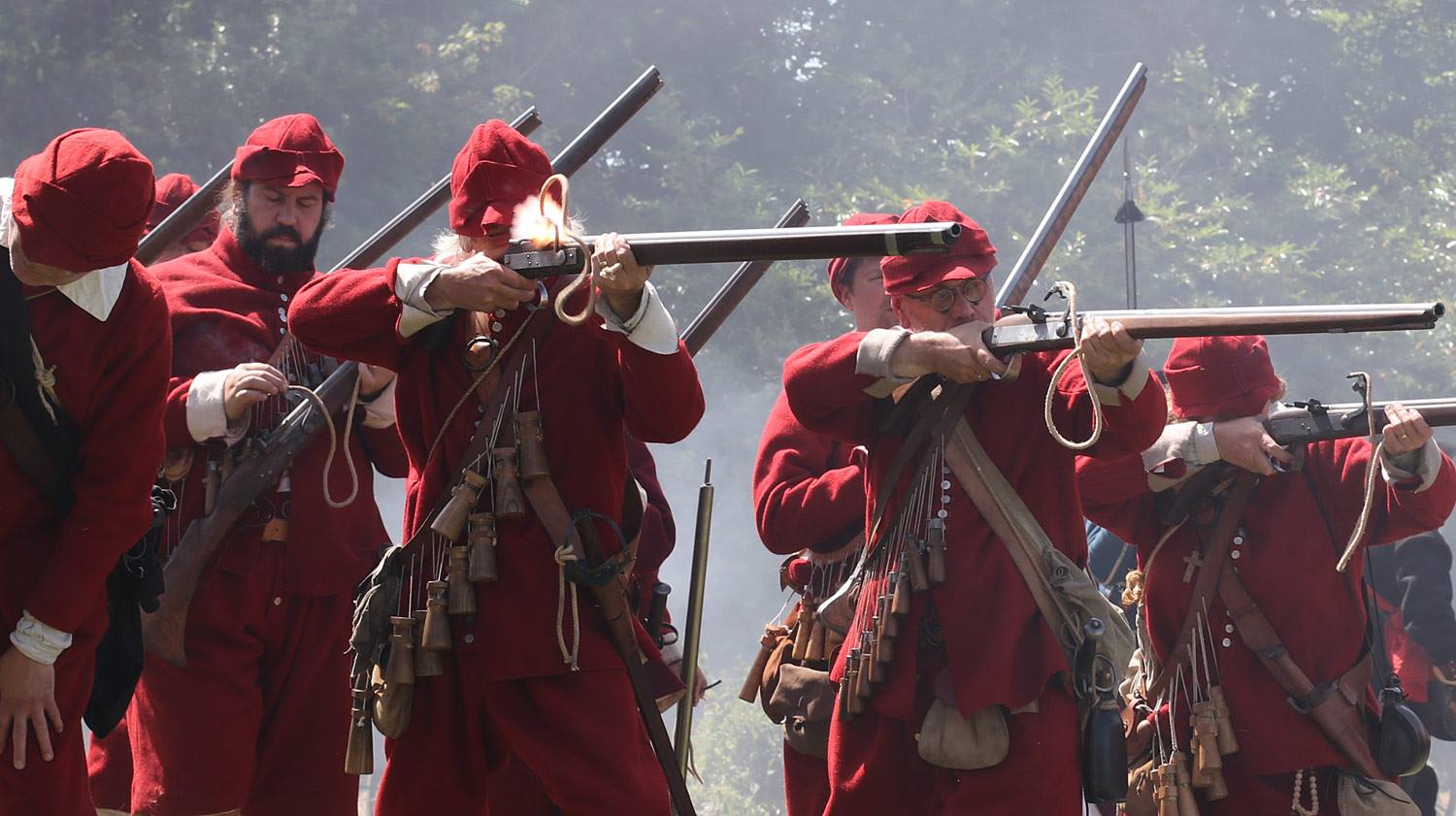 So what’s this about?

Marlborough Town Council and the English Civil War Society will be arranging a re-enactment of the early part of the two engagements that took place in 1642 at Marlborough during the English Civil War. This will be on The Common to the north of Marlborough on the original site of the fighting. There will be infantry, cavalry and artillery displays during each morning prior to the main battle in the afternoons. Also there will be living history displays from 11.00am to 5.00pm in Priory Gardens and the Merchant’s House in the town demonstrating seventeenth century crafts and activities. The Royalist artillery battery on the Common will be recreated on the original site and be open from 11.00am to 5.00pm (except during the battles).