Skip to content
You are here
Home > Roles > Artillery 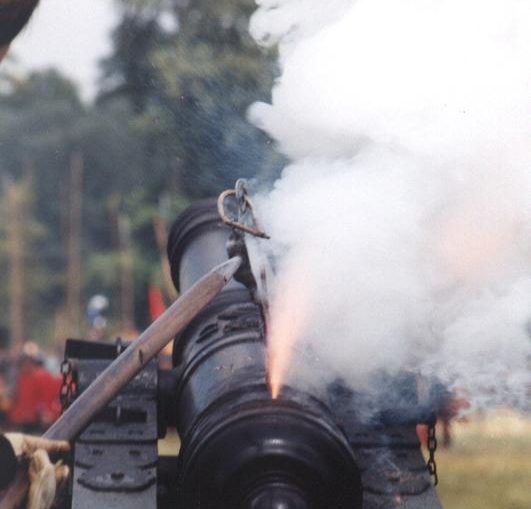 Members of the artillery are a special breed; it may look easy firing a loading a cannon but there is more to the role than just going bang.

We are always on the lookout for new members to man these guns, as the artillery play a role in every event we attend, be it a static show and tell or part of the Kings Army battery at our major displays.

Training is essential when crewing one of these guns and it is given to any new member by the regiment’s master gunner, covering the loading procedure, safe firing distances and safe handling of the powder used in these guns.

An interesting contrast to the other battlefield roles, as it is much more static, though certainly no less busy or exciting. Not for the light hearted but a very enjoyable aspect of the hobby…